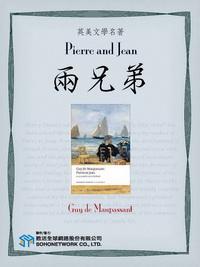 Henry James's admiration for 'this masterly little novel' has been echoed throughout the twentieth century by readers of Pierre et Jean. It marked a turning point in the development of French fiction, situated as it is between traditional social realism and the psychological novel. It isrecognized as a classic study of filial jealousy, triggered by one of the two brothers of its title finding himself the sole inheritor of the fortune of his mother's former lover. Pierre et Jean is set in Le Havre in the 1880s and is notable for its evocation of the Normandy coastline captured by the Impressionists. But Maupassant's greatest achievement is to have woven from this simple plot in a maritime context a brilliantly crafted exploration of the complexities at theheart of family life.